Comments Off on The Butler Brothers on ‘Canada Talks’ 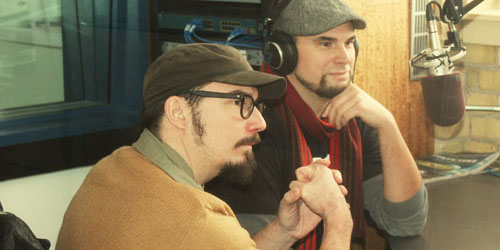 The Butler Brothers on ‘Canada Talks’

Hot off the successful Toronto theatrical run of Mourning Has Broken, the Butler Brothers were asked to come in and discuss the movie and the state of Canadian filmmaking in general on the Ward and Al Show for ‘Canada Talks‘ on SiriusXM Radio. What transpired was off-the-cuff, honest and kind of insane – just the way we like it!

If you missed the original airing here is the interview in it’s entirety for your listening pleasure! Thanks again to Ward Anderson and Allison Dore for having us on their show, we look forward to coming back again real soon! Find them on Twitter @WardAndAl and tweet them about getting the “Ward and Al Film Fest” up and running!